“Can you ever mention ‘The Lord of the Rings’ in a conversation without sounding nerdy?” I asked a friend one day as we were in the car together.

“That’s what I thought,” I agreed, turning my attention back to the radio.

It really is very challenging to say words like, Frodo, Gandalf or ringwraiths without losing just a tiny bit of street cred. 😊

At risk of a few eyes glazing over at the mention of J.R.R. Tolkien’s epic fantasy trilogy, I must admit that I really enjoy the “The Lord of the Rings.” Beautifully written and honoring noble characteristics like integrity, humility and faithfulness, while not glossing over power’s ability to corrupt even the most pure-hearted, the trilogy is chock-full with sermon examples.

(For those of you unfamiliar with “The Lord of the Rings,” the basic plot is this: A ring that can control every one and thing in Middle-earth was made by the evil lord. Anyone who attempts to use the ring, even for good, ends up a servant to the evil lord themselves. The decision is thus made to destroy the ring by taking it back to where it was forged in the heart of the enemy’s territory.)

So it should come as no surprise that this winter while (ahem, re-)reading the second book in the trilogy, “The Two Towers,” I heard God speak straight to my heart. A timeless revelation about God’s kingdom snuck up on me in the way truth packaged only in story and metaphor can.

What was the revelation, you ask?

Amidst worried discussion about what path to take with the ring, the wise sage shares that the great enemy cannot fathom someone not using the ring for their own gain, so the very idea that one would selflessly destroy it is hidden to him.

Did you catch it?

He cannot create contingency plans based on selfless acts, for he is incapable of planning them himself.

This is as true in the world in which we live as it is in Tolkien’s Middle-earth.

Our enemy cannot foresee selfless actions and they confound his best laid plans.

Think about it this way: For centuries the Bible writers and prophets spoke of the coming Messiah and his death, yet when Jesus went to the cross, the devil thought he’d won a great victory. The devil was unable to understand that it was his ultimate loss.

The Apostle Paul wrote, “None of the rulers of this age understood it, for if they had, they would not have crucified the Lord of glory” (1 Corinthians 2:8).

None of the rulers understood it. None of them! This seems just crazy to me when I think about how many times throughout Scripture the Messiah’s death was prophesied. Jesus himself even spoke about it before the fact, yet they could not comprehend history’s preeminent selfless act.

The devil did not see the cross coming.

God, in his beautiful triune nature, is other-focused.

Contrarily, the god of this age is self-focused.

When we believe, think and behave in alignment with God’s selfless nature, we throw a wrench into the works of evil schemes, painful plans and anything that falls short of God’s glory. In other words, when love is our motivator, we beat back the darkness and win a victory for God’s kingdom.

Paul said it this way: “Love is patient, love is kind. It does not envy, it does not boast, it is not proud. It does not dishonor others, it is not self-seeking, it is not easily angered, it keeps no record of wrongs. Love does not delight in evil but rejoices in the truth. It always protects, always trusts, always hopes, always perseveres. Love never fails.” (1 Corinthians 13:5-8, emphasis added)

There’s a reason that a life of self-sacrifice and compassion, like Mother Theresa’s, is esteemed across cultural and political barriers. In a time when barriers seem to be erected over any issue, selflessness finds a way through them. Likewise, in a world that shouts loudly to self-protect, look out for number one, and that greed is good, love speaks a better word.

And if winning is our ultimate aim, then there is no better strategy than to act in ways our adversary cannot plan for—just imagine the logistics nightmare that selfless living causes in his camp! 🤩

To combat the ugliness of division, fear and pain around us, act selflessly.

Let it cost you.

Seek another’s welfare before your own. 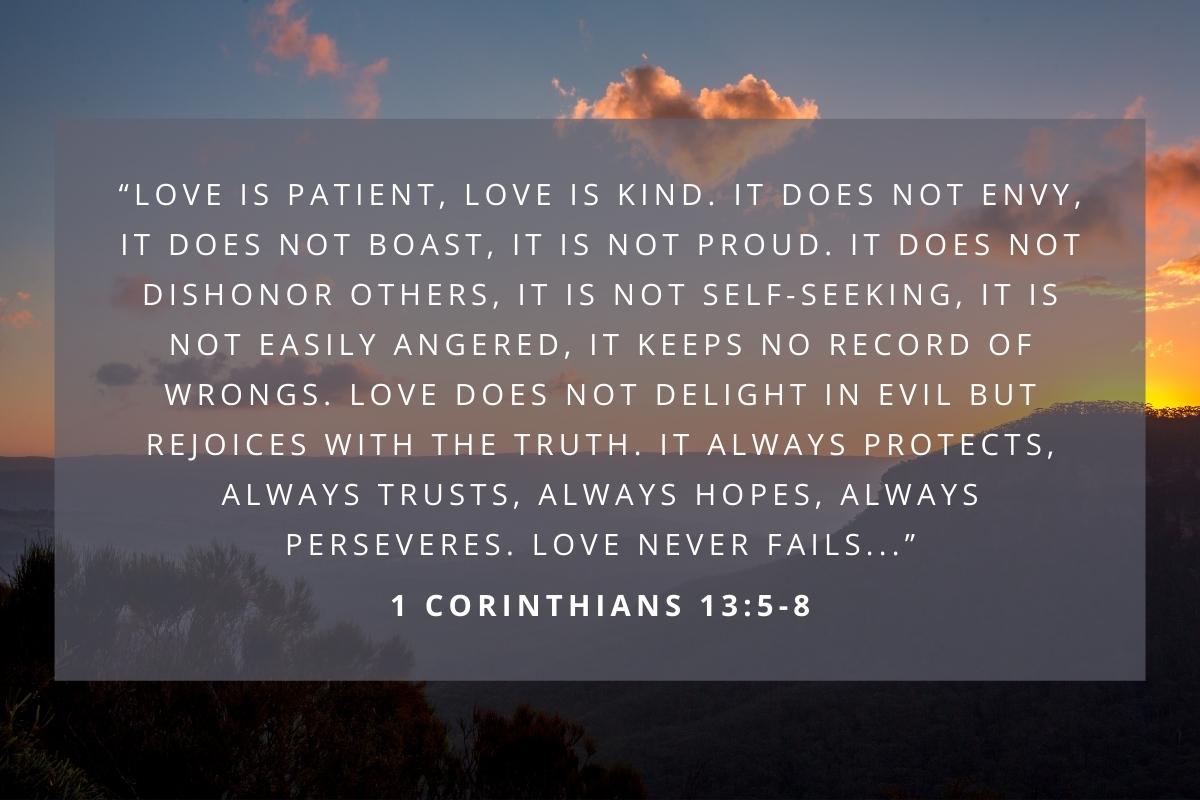